A brand analysis of CBTL and its Singaporean customers 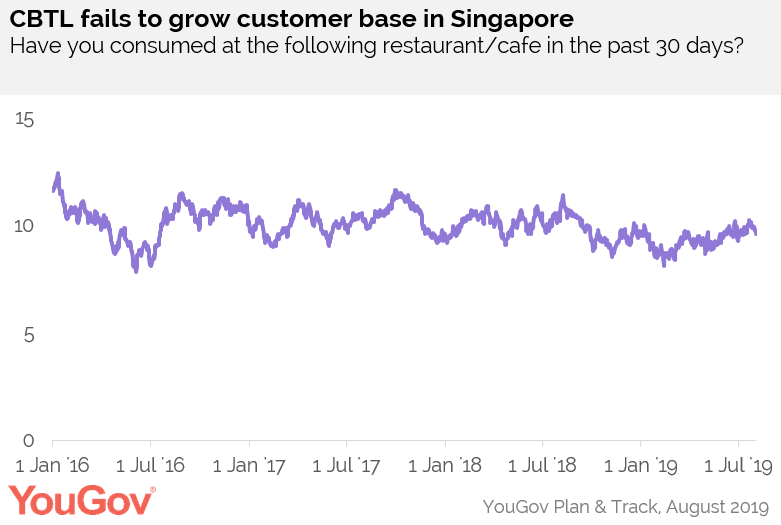 Similar to its sales abroad, since YouGov BrandIndex began tracking the brand in 2016, CBTL has failed to grow its customer base in Singapore. Its Current Customer score – which tracks whether someone has bought anything at the café in the past 30 days – has not increased in the past three-and-a-half years. There has been a slight decline in its score, from a +11.6 in January 2016 to +9.7 now. By way of comparison, its competitor Starbucks presently holds a Current Customer score of +24.2. 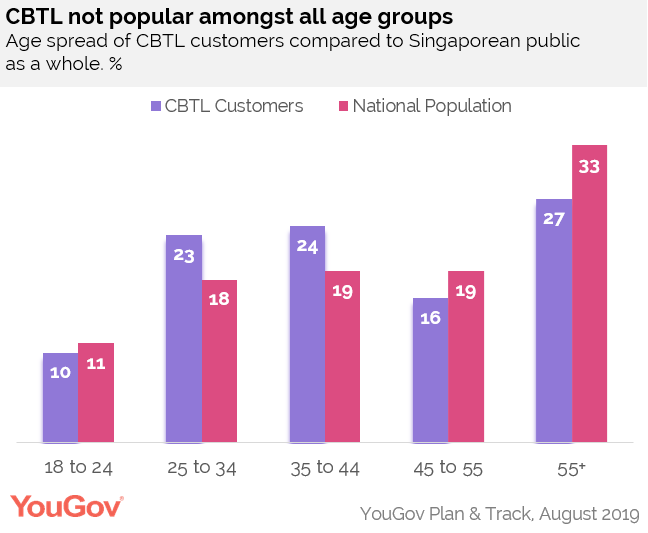 One of the reasons CBTL might not have succeeded in growing its customer base is that it has not managed to attract customers across all age groups. For example, though 33% of Singaporeans are over the age of 55, only 27% of CBTL customers are that age. While the brand is popular with customers aged 25 to 44, this accounts for only over a third (37%) of the adult population. 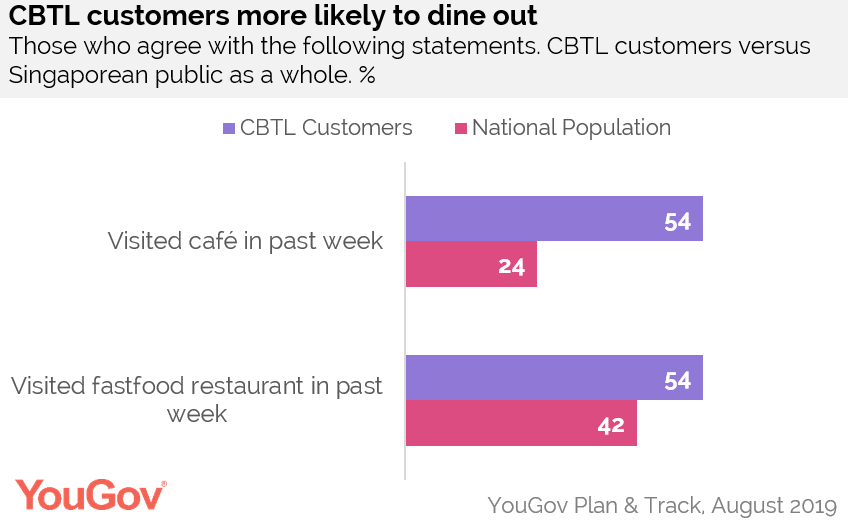 The problem that CBTL faces is how to attract people to come to it when they dine out instead of going to its competitors. Its customers’ dining habits are favourable to the brand, as they are avid restaurant/ café goers. About half (54%) have visited a café in the past week, compared to a quarter (24%) of the national population. Similarly, about half (54%) have visited a fast-food restaurant in the past week, compared to four in ten (42%) Singaporeans. 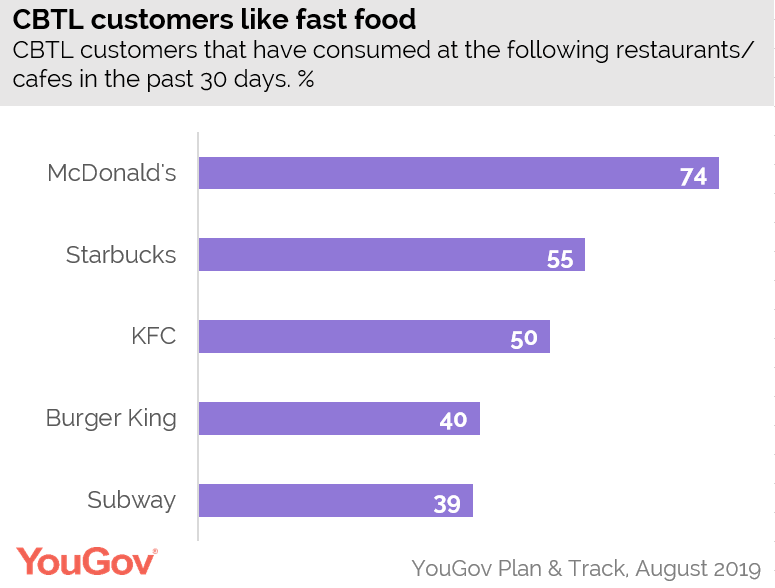 The reason a Jollibee takeover might be a positive thing for CBTL, is that its current customers really like fast-food. For example, three quarters (74%) of CBTL customers also dine at McDonald’s, and half (50%) are also customers at KFC. Applying Jollibee’s fast-food expertise, it might help it attract more CBTL customers who behave like casual diners.

Ervin Ha, Head of Data Products for YouGov APAC commented: “While fast-food and coffee might not be an obvious match, in this instance it makes sense. CBTL customers are not only big fans of fast-food, they also behave like fast-food consumers, with their propensity to dine out. The hope for the brand is that Jollibee’s success can translate into the competitive café business, and turn around its falling sales.”