While most Singaporeans own credit cards, very few are in debt from them, the latest YouGov Omnibus research finds.

YouGov’s data shows that three quarters (73%) of Singaporeans own at least one credit card, while over half (56%) own more than one, and 10% holding six or more. The research reveals that the more a person earns, the more likely they are to own a credit card. While over half (55%) of those on a household income less than SGD 4,000 have a credit card, this increases to nine in ten (90%) among those with a household income of SGD 8,000 or more.

However, while ownership is high, credit card debt is notably low. Among those Singaporeans who own one, the overwhelming majority (88%) pay off the total outstanding amount on time. Only one in eleven (9%) pay it off partially, while the remaining 3% pay off the minimum amount. 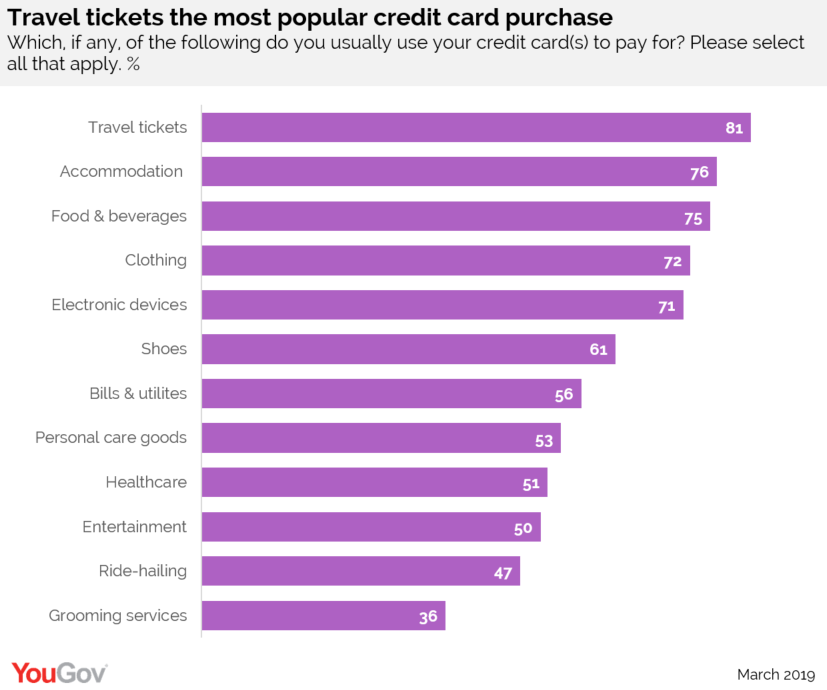 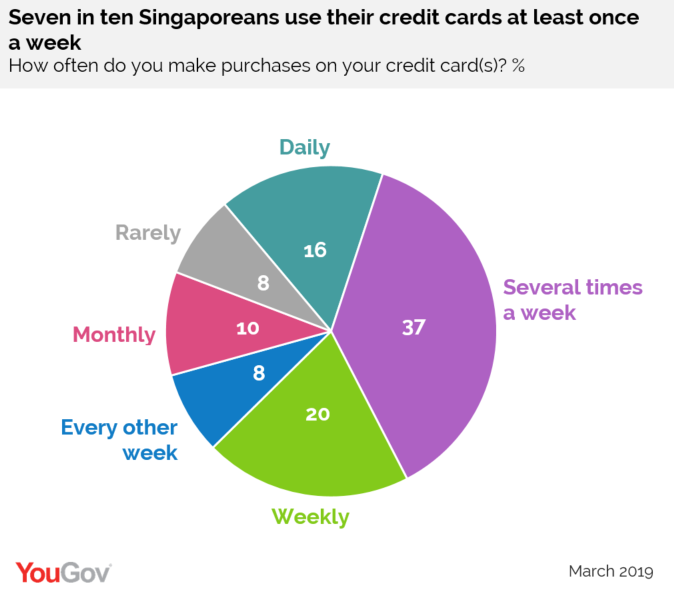 YouGov’s research reveals how regularly Singaporeans pay by credit cards. One in six (16%) use them daily, while over a third (37%) do so several times a week. One in five (20%) swipe their cards on a weekly basis, and less than one in twelve (8%) make purchases on their cards every other week. One in ten (10%) use their cards monthly while the remaining 8% rarely[1] use their cards.

The data shows that while half (52%) of Singaporeans believe it makes good financial sense to have a credit card, a similar percentage (57%) think that they promote excessive spending.

Jake Gammon, Head of YouGov APAC Omnibus commented: “While credit card penetration rate is high, there’s no doubt that Singaporeans are a financially responsible bunch as almost everyone pays off their entire credit card bill on time. Singaporeans are also regular credit card users, with almost three-quarters swiping their cards at least once weekly.”

***Results based on 1,006 Singaporeans surveyed by YouGov Omnibus