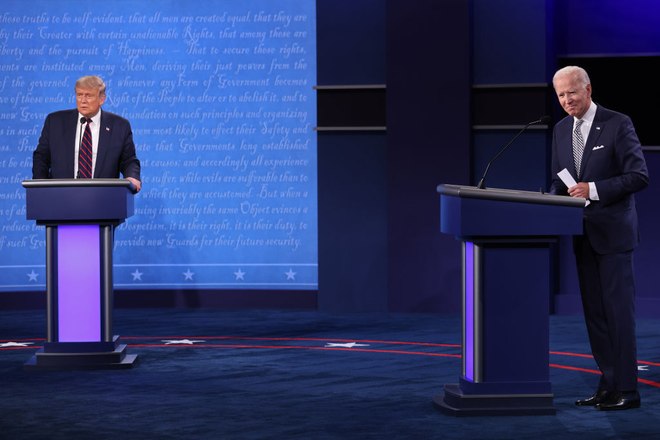 Last week YouGov revealed that major European countries all wanted Joe Biden to win the US presidential election. This week a look at a selection of eight countries and regions in the Asia-Pacific area reveals a more mixed picture.

Unlike in Europe where every country favoured the Democratic challenger, President Trump does find himself ahead in one place in APAC: Taiwan, where he leads by 42% to 30%.

However, Taiwan is the only place in the study where this is the case. Trump’s next strongest base is in Hong Kong, where he is preferred by 36% of people to Joe Biden’s 42%.

The US president is least popular in Malaysia, where he trails Biden by 9% to 62%, while Biden is most popular in Singapore (leading 66% to 12%).

When it comes to who people think will win the election, Trump’s figures improve in every market. Nevertheless, this is only enough to push him above Biden in Hong Kong, and only then by 37% to 35%.

Perceptions of Trump and Biden

Biden is generally seen as likely to be average or better, with a majority of people in every place studied rating him “great”, “good” or “average”. It is worth noting, though, that the proportion of Hong Kongers who view him negatively (20%) outnumber those who see him positively (12%).

It is also the case that a great deal more people say they don’t know what kind of president Joe Biden would be (24-42%), compared to Donald Trump (6-15%).

Trump and Biden’s impact in APAC

When it comes to Trump’s impact on their lives, where they live and the world, responses are largely negative, as they were in Europe.

However, there are exceptions. In light of his strong stance on international relations in the region, Taiwanese people tend to think the president is more likely to have had a positive (45%) than negative (33%) impact on Taiwan. This stands in contrast to Joe Biden, where views are split on whether his impact would be positive (26%) or negative (28%).

Taiwanese people are also divided on the impact Trump has had on themselves personally, with 27% thinking it has been good and 29% feeling it has been bad.

Filipinos are also split, both on Trump’s impact on themselves (32% positive/35% negative) and the Philippines as a whole (38% positive/ 39% negative).

Even though Taiwanese people and Filipinos were divided on these areas, they join the rest of the region in thinking that his impact on the world as a whole has been more negative than positive.

When it comes to Joe Biden, the expectation is that – should he become president – his impact would be more positive than negative. Again, Taiwan and Hong Kong are the exceptions, with people in both places being split on whether the impact on themselves personally or where they live would be good or bad.

However, as with Trump the verdict is consistent when it comes to Biden’s potential impact on the planet, with all markets surveyed being more likely to think it will be positive (31-59%) than negative (10-28%).

President Trump is clearly seen by Taiwanese people as the candidate more likely to improve US-Taiwan relations (42% vs 14% for Biden) and are similarly likely to think he will strengthen the US economy (41% vs 16%). Likewise, Hong Kongers are also more likely to see him as the superior choice for the American economy (34% vs 19%).

Everywhere else, and on all five topics we asked about – international relations, climate change, coronavirus, economics and peace – people tend to think Biden would do a better job than Trump.