Filipinos most likely to be staying home

With no definitive timeline for a vaccine, the pandemic continues to affect people’s lives across the globe, as they adapt to a new normal. Latest YouGov data in partnership with the Institute of Global Health Innovation (IGHI) at Imperial College London looks at how people are coping across six ASEAN nations – Singapore, Malaysia, Indonesia, Thailand, the Philippines and Vietnam. 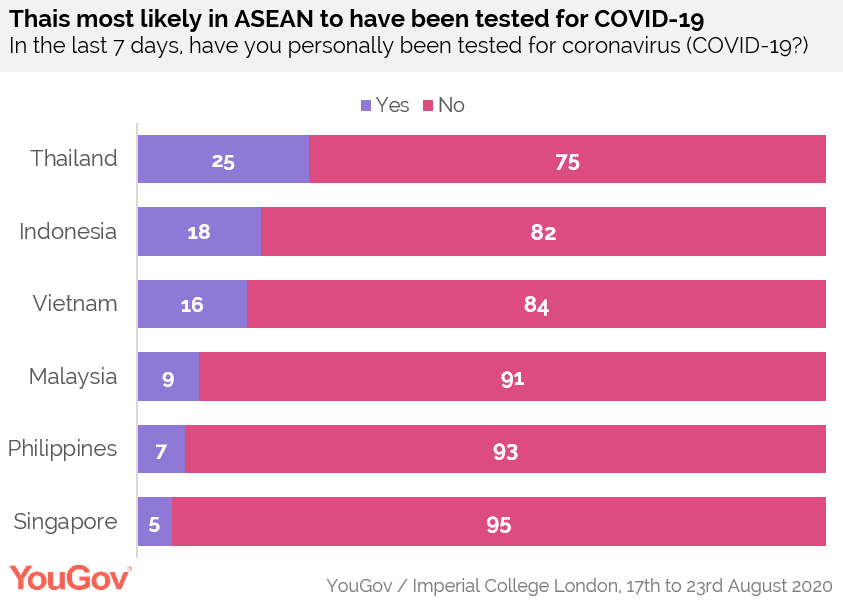 Of all six ASEAN nations, the data shows that Thais are reportedly the most likely to have tested for COVID-19 in the past week, with a quarter (25%) saying they have done so. Though the nation recently went 100 days without any locally-transmitted cases, Thailand is stepping up Covid-19 testing and contact-tracing to prevent another wave of outbreak, after local disc jockey (DJ) tested positive for the virus. The nation’s main airport (Suvarnabhumi International Airport) also unveiled rapid testing for international travellers in July. Indonesians are reportedly the second most likely to have been tested for COVID-19, with almost two in ten (18%) having done in the past week. The nation currently requires mandatory testing for factory workers, and testing for intercity travel. However, the suggested high rates of testing in Indonesia could be due to the fact that the nation primarily uses rapid antibody tests, which has since been discouraged by the World Health Organisation. The third most tested in ASEAN is Vietnam (16%), followed by Malaysia (9%) and the Philippines (7%). Singaporeans are reportedly the least likely to be tested in ASEAN. 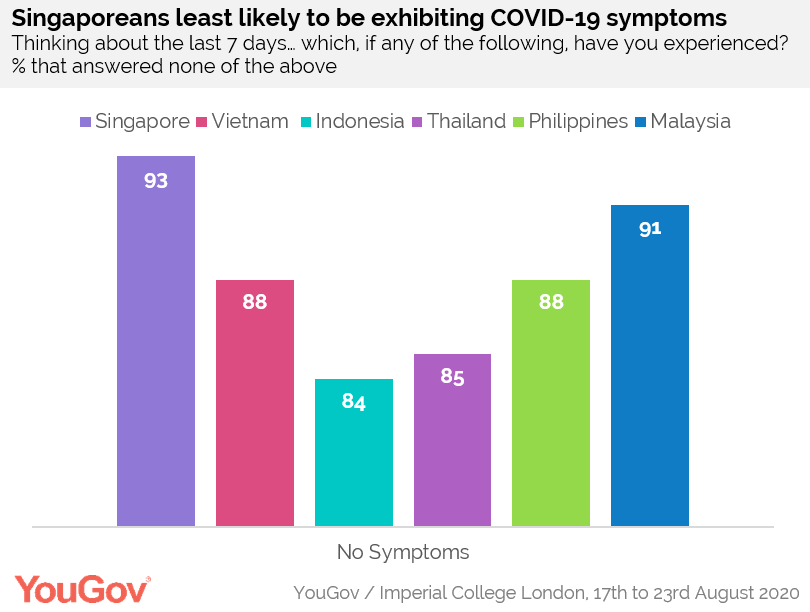 A possible explanation as to why Singaporeans are the least likely to be tested in ASEAN is that they are currently the least likely to be exhibiting COVID-19 symptoms. When asked if they had experienced dry cough, fever, loss of sense of smell, loss of sense or taste or shortness of breath, over nine in ten (93%) reported they had not. Asymptomatic testing is strictly prohibited in the nation. Malaysians are the second least likely to have exhibited COVID-19 symptoms in the past week, with nine in ten (91%) reporting no symptoms. They are followed by Vietnam and the Philippines (both 88%) and Thailand (85%). Indonesians are the most likely to be exhibiting symptoms in ASEAN (84%). 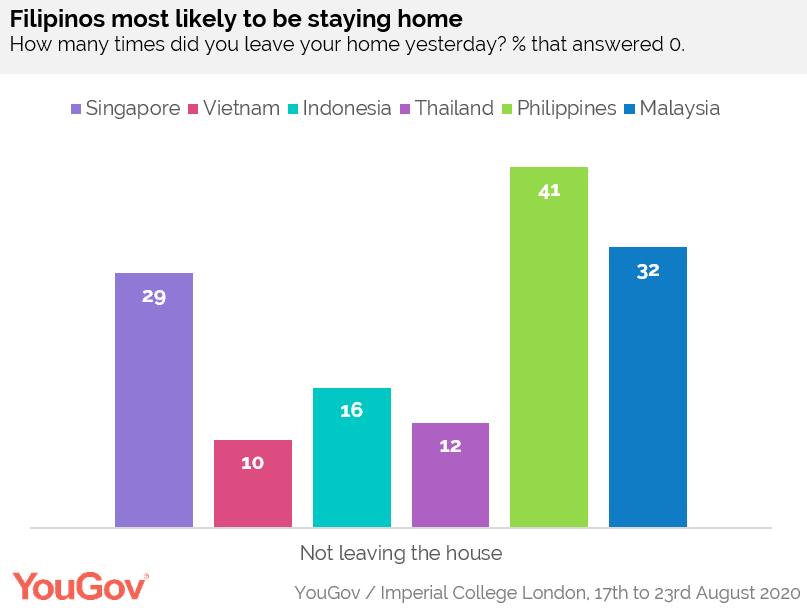 Methodology: The data is based on the interviews of 6,073 adults aged 18 and over across Singapore, Malaysia, Indonesia, Thailand, the Philippines and Vietnam. This survey was conducted by YouGov/Imperial College London fielded between 17th August to 23rd August 2020. All interviews were conducted online and results have been weighted to be nationally representative.