by
Kim Ho
in
Media

Those who trust media most likely to watch Channel News Asia

The media has played a huge role during the COVID-19 pandemic, in keeping Singaporeans updated on the unpredictable and rapidly developing situation. YouGov Profiles data looks at different attitudes towards the media, and which publications the trusting and distrustful consume.

Using YouGov BrandIndex Current Customer score – which looks at which media publications people have watched / read in the past 30 days we can see there is also a difference in the publications that Singaporeans consume, depending on their trust or distrust of the media.  Looking at TV, those who trust media reporting on COVID-19 are most likely to watching Channel News Asia --- 43% of those who trust media, compared to 39% who do not. This is followed by Channel 5 (39% vs. 34%), Channel 5 (39% vs. 34%), Channel 8 (37% vs. 31%) and Channel U (24% vs. 22%). Those who are unsure of their level of trust for the media are the most likely to not have watched live TV in the last 30 days – with three in ten (30%) saying so. 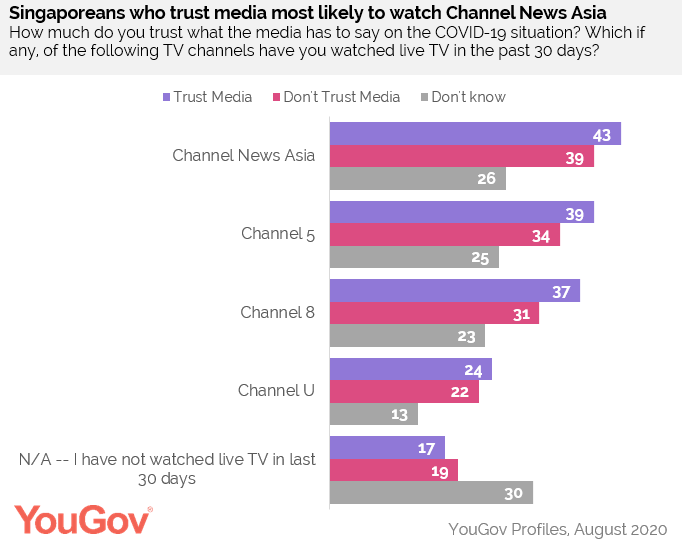 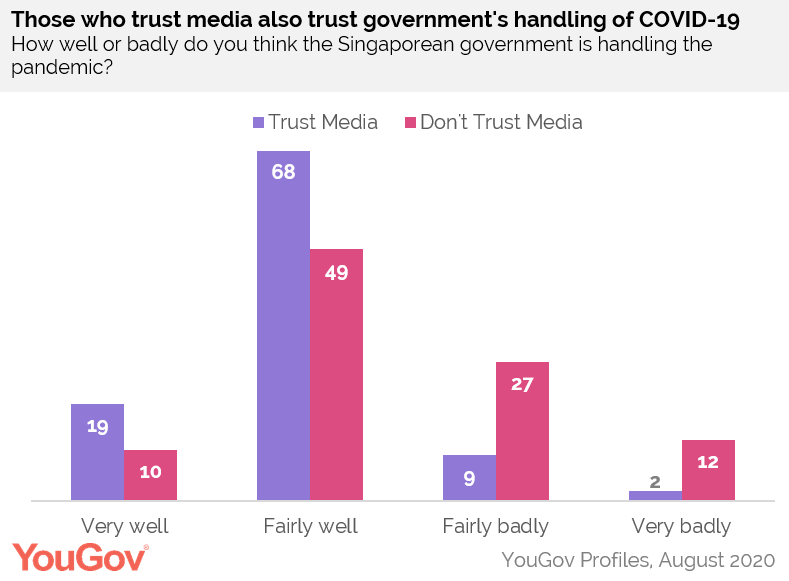