by
Kim Ho
in
Media

A third have no trust in influencers altogether

In a social media crazy age, a new breed of influencers have emerged to compete for the attention of consumers. Latest YouGov research looks at what Singaporeans think about influencers – human or otherwise. 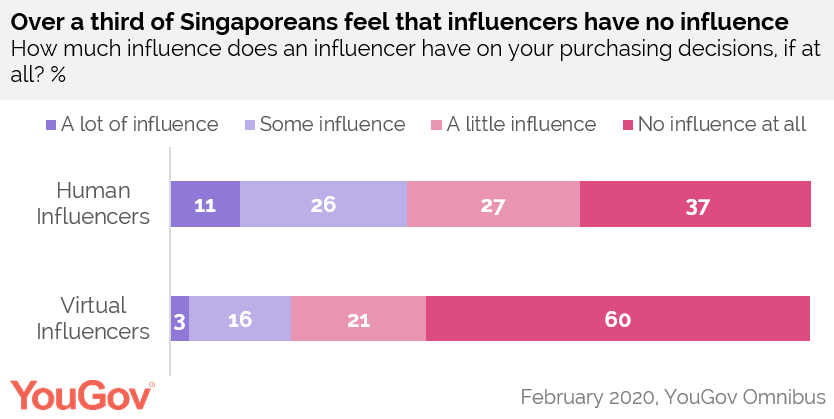 ***Results based on 1,111 Singaporeans surveyed on YouGov Omnibus