While the Ministry of Health mulls over measures to impose a tax on high-sugar drinks, latest YouGov research finds out how many Singaporeans are in favour of this.

Two in five (42%) support the implementation of a sugar tax, while the remaining three in five (58%) oppose it. Support is higher amongst university degree holders than non-degree holders (50% vs. 35%). High-income earners (those earning more than SGD 8,000 a month) are also more likely to support the tax than low-income earners (those earning less than SGD 4,000 a month) (47% vs. 35%). 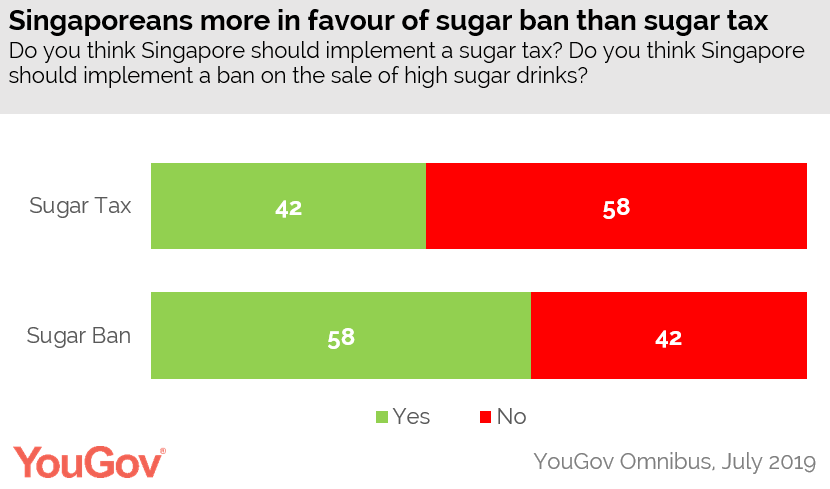 When asked to rank various substances from most addictive to least addictive, sugar came in second place (18%), following drugs (41%). Sugar came ahead of substances like caffeine (16%), nicotine (14%), alcohol (6%) and salt (6%). 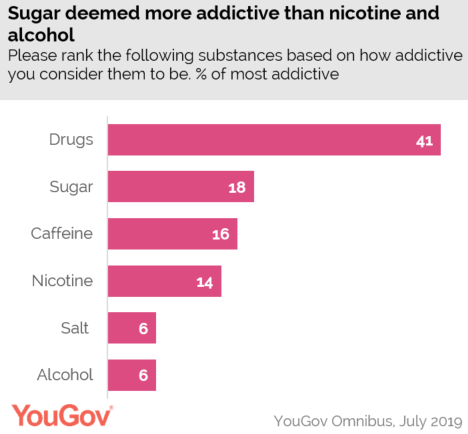 Jake Gammon, Head of Omnibus APAC at YouGov Omnibus commented: “Singapore might have declared a war on diabetes, but not all are in favour of the proposed measures. Low-income earners in particular are more likely to have a negative view of a sugar tax, with a significant percentage thinking it to be detrimental. Whether a ban or a tax, people’s views on sugar are bound to be polarising, especially as it deals with a substance that Singaporeans deem more addictive than nicotine.”

***Results based on 1,132 Singaporeans surveyed by YouGov Omnibus