Young more likely to be on diets and dissatisfied

A significant percentage of Singaporeans are unhappy with their weight, the latest YouGov research reveals. 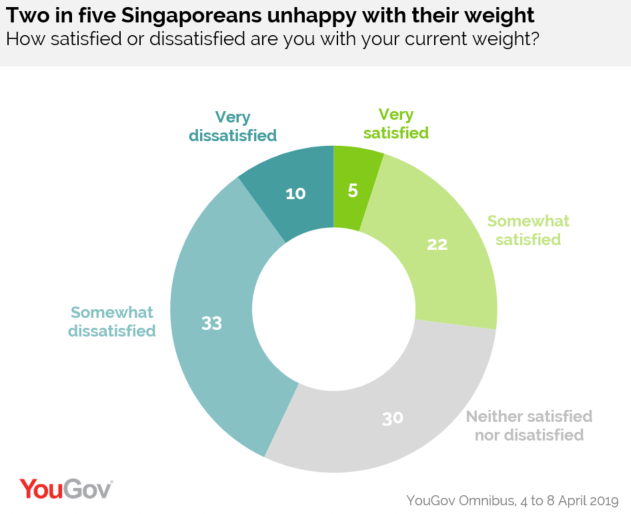 YouGov’s data shows that one in five (22%) Singaporeans are currently on a diet to lose weight. People under-25s are twice as likely as those over 55s to be dieting (30% vs 15%). The research reveals that dieting trends are similar among men and women.

The research finds that most Singaporeans believe that their appearance affects their daily lives. Three quarters (74%) think that how they look has an impact on their personal life, and seven in ten (69%) believe it affects their professional life. Moreover, four in ten (39%) state that they would not date someone who is overweight and over half (55%) reckon that good-looking people tend to be more successful.

While one in ten (9%) of Singaporeans have gone under the knife and had cosmetic plastic surgery, almost half (46%) are currently considering having some form of procedure done.

Jake Gammon, Head of Omnibus APAC at YouGov Omnibus commented: “Although the media might not play that big a role on body image, Singaporeans as a whole are quite concerned about their weight – with a significant percentage of the population on a diet. The question is whose responsibility is it to ensure citizens maintain good physical and mental health.”

***Results based on 1,202 Singaporeans surveyed by YouGov Omnibus