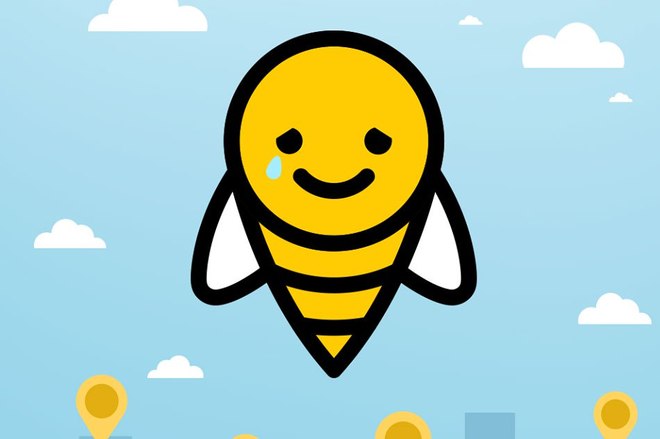 Food and grocery delivery startup Honestbee has had a difficult time in recent months. The home-grown brand has suspended operations in five markets, laid-off staff and saw the departure of its CEO. It has also seen negative press, with reports of a cash crunch and mass resignations.

New analysis from YouGov Plan & Track reveals how consumers feel about the brand following its recent tough times. The Buzz score, which measures what people have heard of a brand, was in positive territory just two months ago with a relatively healthy score of +7.6. Today it stands at -6.6, the lowest ever level YouGov has measured for the brand.

Honestbee’s woes began when it abruptly announced that it would be ceasing operations in the Philippines on 22 April 2019. The closure coincided with the layoff of about 70 people. However, its Buzz score held constant.

About one week later however, is when things with the business started to go awry. On 1 May 2019, Honestbee announced that it would be suspending operations in Hong Kong, Indonesia, Thailand and Japan – amidst reports that Co-Founder and CEO Joel Sng had been fired. Although Honestbee responded to these allegations, and gave reasons for shutting down five of its key markets, its Buzz score went into decline. On the day of the announcements, its Buzz score was at +6.0, but within two weeks it had fallen to +0.8.

Most recently, on 14 May 2019 the brand announced that would be suspending food delivery services in Singapore. This announcement sent its Buzz score into negative territory. Within a week this had fallen to -4.3. 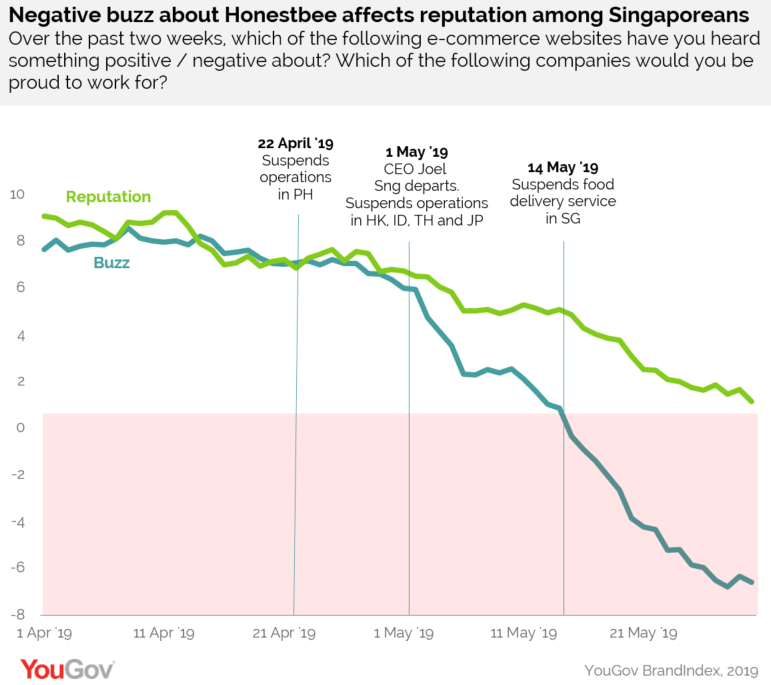 All the negative headlines surrounding the brand has also impacted other facets of brand health. Honestbee’s reputation score, which measures which brands people are proud to work for, has also fallen. It started April with a score of +9 but now stands at +1.1 – indicating that less people want to work for the brand. People are also less likely to now recommend the brand, with its Recommend score falling from +10.0 to +2.7.

It’s not all bad news for Honestbee though. In spite of operational woes, it still attracts a loyal set of customers. YouGov Profiles reveals that current customers of Honestbee tend to be married, aged 30 to 44, working full-time and with a household income of SGD 10,000 to 14,999.

Ervin Ha, Head of Data Products for YouGov APAC commented: “Up until recently, Honestbee has been a Singaporean startup success story, which perhaps explains why the brand’s recent problems have got so many Singaporeans talking. This negative buzz has affected brand health badly in several ways, and it’ll be interesting to see if and when the brand’s scores manage to recover.”