One in three are in support it while four in ten oppose, with stances on the issue differing amongst age groups, education level and religious position

The data finds that one in three (34%) Singaporeans support legalisation and recognition, while over four in ten (43%) are opposed. The remaining 23% prefer not to say.

A same-sex civil partnership is defined as a legally recognised arrangement similar to marriage, created primarily as a means to provide recognition in law for same-sex couples. Civil unions grant most or all of the rights of marriage except the title itself. 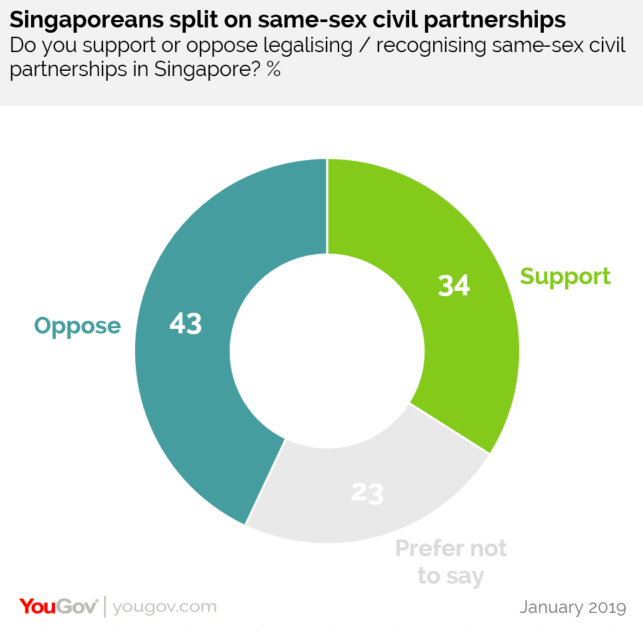 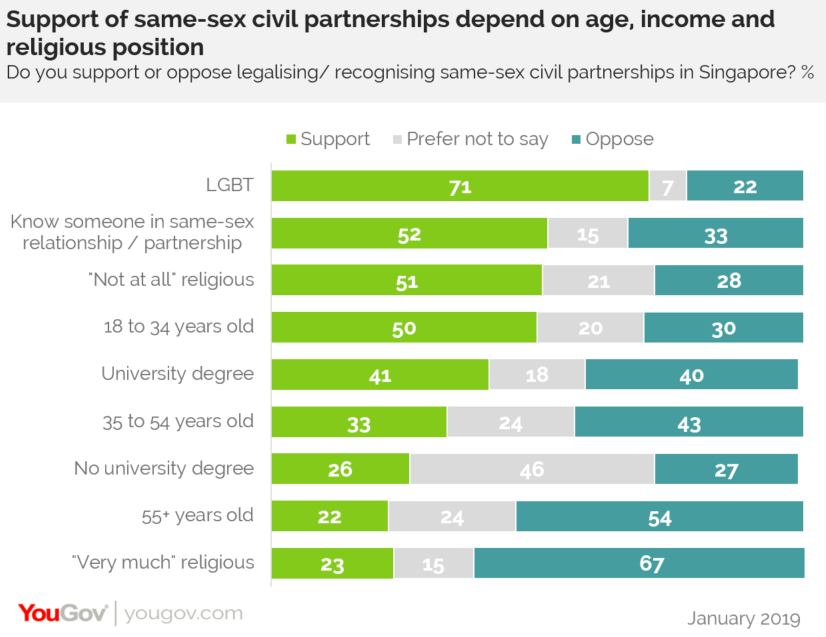 Jake Gammon, Head of YouGov Omnibus in APAC commented: “While there is talk of Thailand potentially preparing to recognise same-sex civil partnerships, this data shows that Singaporeans are clearly split on this issue. Our research finds that divisions come along education and age lines. Younger, more educated people are more likely to favour recognising and legalising same sex civil partnerships and those who are older and less educated being more likely to be opposed.”

***Results based on 1,033 Singaporeans surveyed on YouGov Omnibus