Stances on legalistion differ amongst genders, income groups and illnesses.

As Malaysia and Thailand race to become the first Asian country to legalise medical marijuana, new YouGov research finds that many Singaporeans also favour a change in the law. 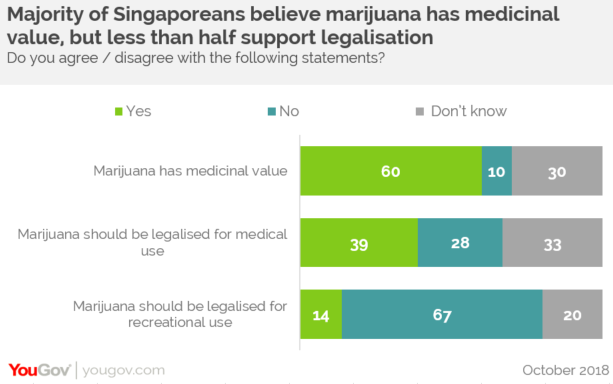 The survey shows that four in ten (39%) Singaporeans think that marijuana ought to legalised for medicinal purposes, with men more likely to support legalisation than women (45% vs 34%).

Those diagnosed with aforementioned conditions are significantly more likely to support legalisation of medical marijuana, with half (54%) in favour.

Six in ten (60%) Singaporeans also believe marijuana has medicinal value, one in ten (10%) think it doesn’t. The remainder (30%) don’t know.

While many support legalisation for medical use, far fewer believe marijuana should be legalised for recreational use, with only one in seven (14%) thinking it should. Opposition to recreational legalisation comes more from higher earners. Three quarters (76%) of those  with a monthly household income of SGD 8,000 and above don’t want it legalised compared to about three in five (56%) of those with less than SGD 3,000.

Overall, over one in ten (11%) Singaporeans support legalisation of marijuana for both medical and recreational use. This is compared to four in ten (43%) Brits and five in ten (52%) Americans. 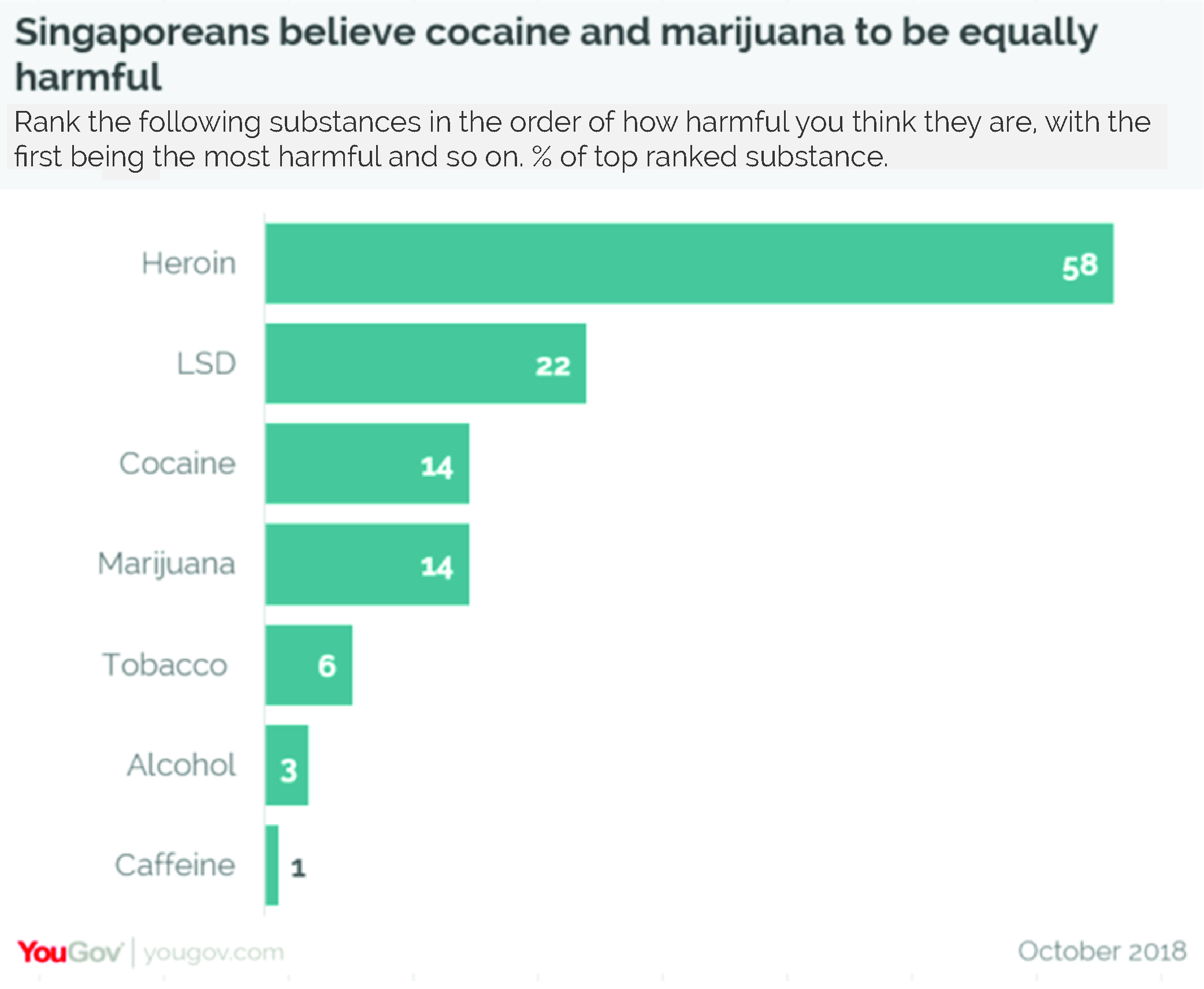 How does marijuana fare against other substances in the eyes of Singaporeans? When presented with seven different addictive substances, Singaporeans ranked heroin as the most harmful (58%), followed by LSD (22%). Cocaine and marijuana were both viewed as equally harmful, tied in third place (14%). Tobacco (6%) was viewed to be more harmful than alcohol (3%), and caffiene (1%) was ranked as the least.

Jake Gammon, Head of YouGov Omnibus in APAC commented: “The debate on medical marijuana is a hotly contested one, and it appears Singaporeans remain divided on the issue. There are plenty of factors swaying one’s opinion on whether or not legalisation should take place; be it gender, income group or, most notably, whether a person suffers from an illness medical marijuana can potentially treat.”

**Results based on 1,009 Singaporeans surveyed by YouGov Omnibus