New YouGov Omnibus research among Singaporeans about the summit between Kim Jong Un and Donald Trump that will be held in the country next month shows that over half believe it will be good for Singapore.

The research among a representative sample of 1,005 Singaporeans, carried out after the country was first mooted as the location for the historic summit, shows that 52% think it will be a good thing for Singapore. Around one in six (18%) believe it is a bad thing for the country, while 30% don’t know or don’t feel strongly either way.

While many view the selection of Singapore to host the long-awaited summit positively, there are mixed feelings about several possible ramifications. Six in ten (62%) think it will raise the country’s reputation internationally, while a similar proportion (58%) believe it will show that the country’s size does not hold it back from international politics. However, more than four in ten believe it will  put Singapore at the risk of a terrorist attack (46%) and cause disruptions to public transport because of the security measures put in place (43%). 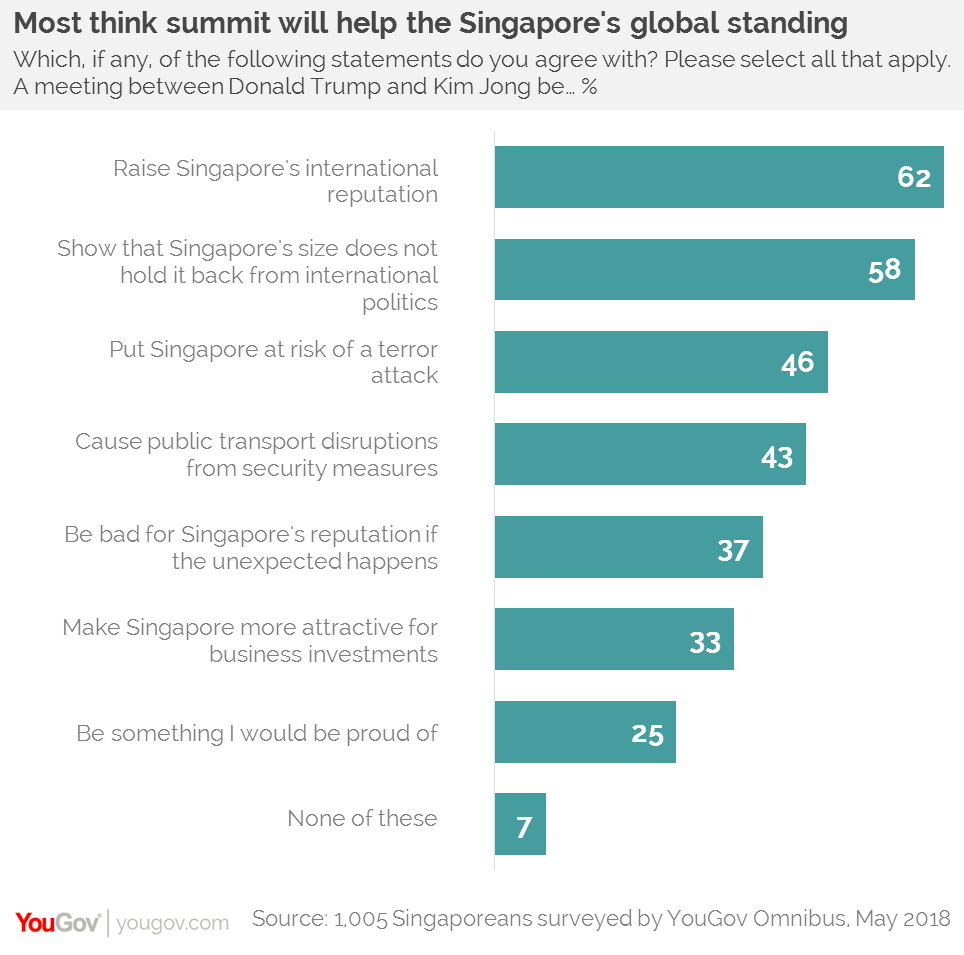 YouGov’s research shows that while men are generally much more positive about the summit, Singaporean women take a more muted view. Although more than six in ten (63%) men believe the meeting will be a “good thing” for the country, among women this figure falls to around four in ten (43%). Women are also notably more likely to believe that hosting the summit will put Singapore at risk of a terrorist attack (51% vs 39%).

But despite many people being positive about the impact of the summit, that does not mean they have particularly favourable views of the participants. When asked which of Donald Trump and Kim Jong Un they would rather have a coffee with, only 12% of Singaporeans chose the US president and 17% picked the North Korean leader. Instead, the most popular answer by far was “neither of them” (70%).

Find out more about YouGov Omnibus