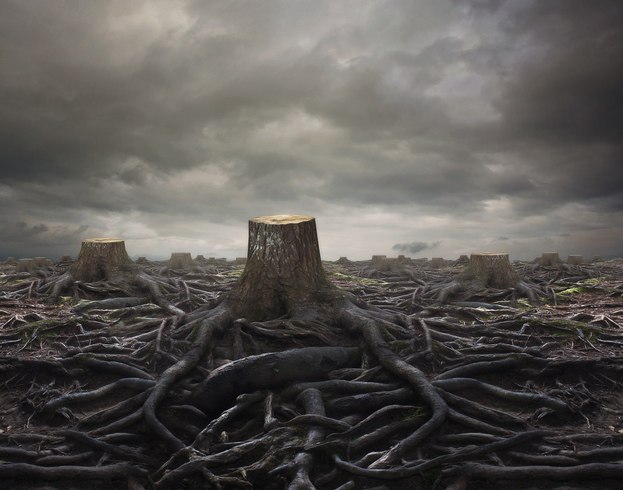 New YouGov Omnibus research finds that 88% of Singaporeans think businesses have a responsibility to do social good, suggesting that corporate social responsibility (CSR) remains an important consideration for Singaporean brands.

Overall, 56% of Singaporeans believe businesses have a responsibility to ensure their supply chain does not harm the environment. However, this falls to just 46% among business owners and those who work in senior management (including CEOs), suggesting a gulf of opinion between those at the helm of Singaporean brands and the wider public.

Compared with the wider region, Singaporeans are more likely to believe that businesses have a responsibility to ensure their supply chain doesn’t harm the environment than most. Across the Asia-Pacific (APAC) half of all consumers (50%) believe businesses bear such a responsibility. This rises to nearly two thirds (63%) among Filipinos, the highest in the region, and falls to four in ten (42%) in Thailand, the lowest in the region. 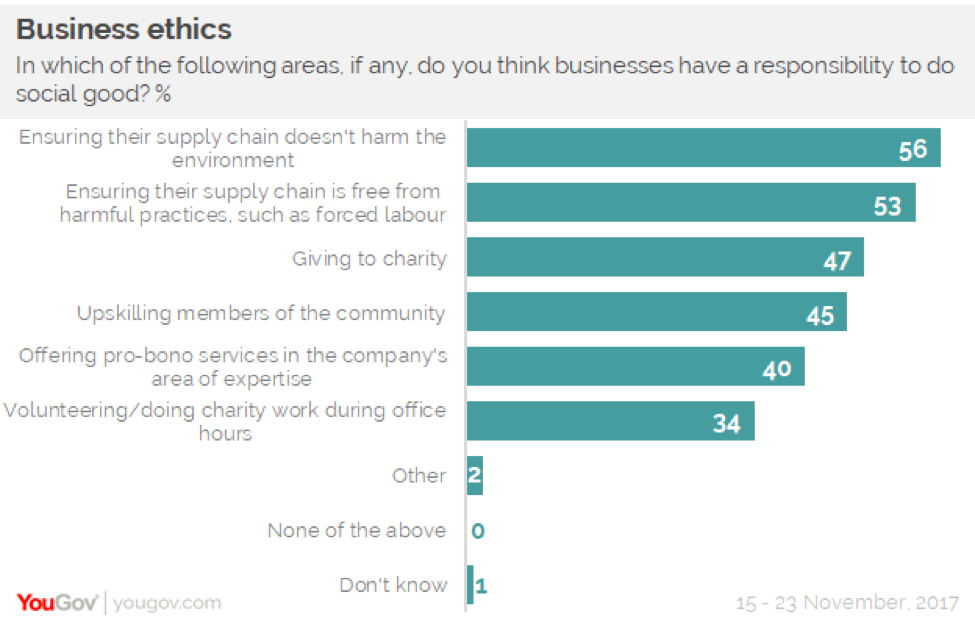 The study also finds that if consumers were aware that a business was giving even a small portion of its annual profits to charity (up to 5%), two thirds (67%) would have a more positive opinion of the business.

At a regional level, 62% of APAC consumers would be more likely to recommend a brand to their friends and family if it gave a small portion of its annual profits to charity. This rises to 75% in Indonesia and 70% in Thailand but falls to 51% in Singapore and 55% in both Australia and Hong Kong.

Overall, nearly six in ten (56%) of Singaporeans surveyed believe business should be doing more to help charities as a whole.

The latest YouGov Omnibus research shows a considerable proportion of consumers give weight to a brand’s ethics when making purchasing decisions and would be more likely to both consider and recommend a brand that gives even a small amount to charity. Furthermore, that a majority of consumers believe that businesses have a responsibility to ensure that they have ethical supply chains suggests consumers expect ever more from brands. In order to get ahead, brands now have to go beyond simply proving that their given product is a cut above the rest; smart business looking to distinguish themselves need to work hard to showcase their values as well.