A new global poll of 18,000 people in 17 countries confirms that Lionel Messi is seen by fans as the best footballer in the world

Messi topped the list in 15 of the 17 countries polled, with 2nd place Cristiano Ronaldo managing to come top in Australia and Thailand. Messi’s Barcelona team mate Neymar came third overall, with Zlatan Ibrahimović and Thomas Muller rounding off the top 5.

We surveyed football fans in 17 countries to get the public view on the best player in the world, using the 23-man Ballon d’Or shortlist announced in October. Football fans in each country were asked to say which three footballers they think are the best in the world and which one is the very best in the world. The scores are then calculated by balancing the two figures, to give a measure that incorporates both the breadth and intensity of feeling. 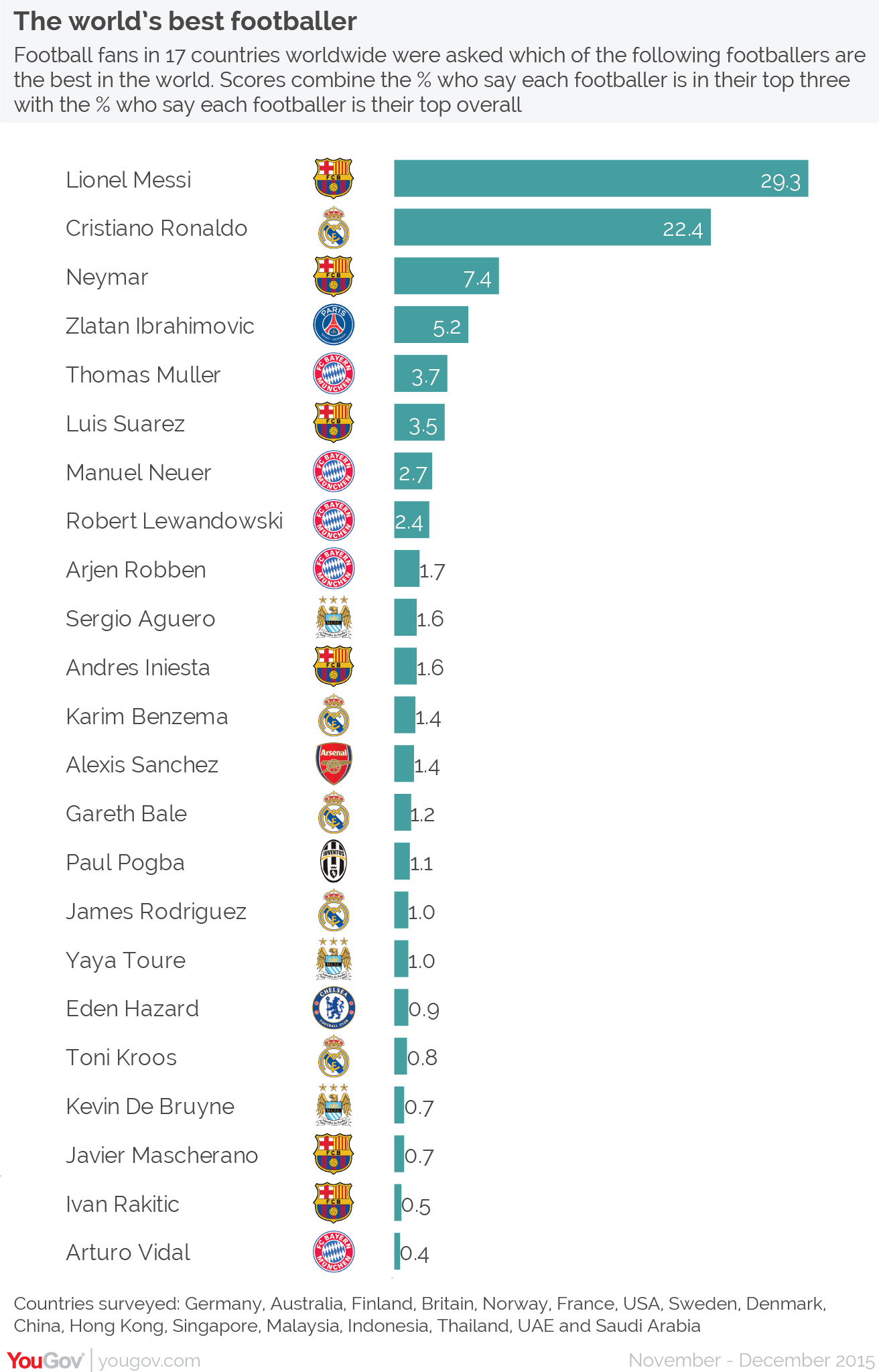 Messi and Ronaldo have won the FIFA Ballon d’Or and its previous incarnation the Ballon d’Or every year since 2008. The pre-eminence of the “Big Two” is reflected in our research. Messi and Ronaldo dominated our poll across the world, occupying the top two spots in all but 3 countries.

This trend was only bucked in Thailand (where Neymar beat Messi into third place) and countries with strong native candidates. Zlatan came 2nd in Sweden, beating Ronaldo into third, whilst in Germany Thomas Muller and Manuel Neuer came 2nd and 3rd respectively.

The FIFA Ballon d’or winner is announced at a ceremony on January 11th. The winner is decided by the votes of the captain and manager of each FIFA national team, as well as a journalist representative from each country.